Skip to content
Previous Next
Are You Watering Your Trees And Shrubs Wrong?

Are You Watering Your Trees And Shrubs Wrong?

The watering needs for your trees and shrubs depend on if they’re newly planted or if they’re mature, so adding them into the landscape will require you to change up your gardening routine a bit. Our climate in Houston is often pretty hot and dry, so naturally, we need to modify our water schedule based on the weather. So, it comes as no surprise that many gardeners around here aren’t totally confident in whether they’re getting it right.

Garden bed flowers and vegetable plants usually give us pretty sudden visual cues if they aren’t getting what they need, but more permanent, large-scale landscaping features are a bit trickier to figure out. Here are some basic guidelines on how to water them, so you don’t end up losing out on those high-impact landscape design features. 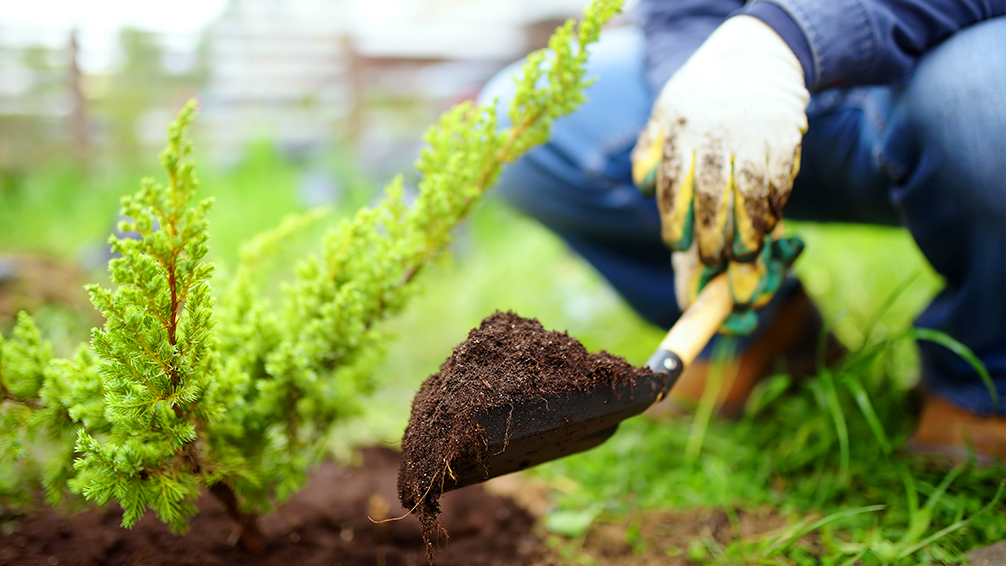 How To Care For Newly Planted Trees And Shrubs

One thing is sure when it comes to watering newly planted shrubs and trees in Houston: you gotta water them way more than usual for the first year. For their root systems to develop and get settled, they need tons of extra moisture—especially when it’s hot out! If you’ve planted them in the spring or summer, you’ve got some seriously hot months ahead, and you don’t want the roots to get shocked by the extreme temperatures. More water in the soil will help insulate the plant from that heat while also delivering enough hydration to support it during a period of rapid growth.

For the first season after planting, water them deeply once per week. Let a hose trickle onto the soil around the root system for 30 minutes to an hour, depending on the size of the plant. Make sure the soil is well-draining, so moisture doesn’t collect, get stagnant, and cause root rot. If we’ve been getting a lot of rain, there’s less of a need to water regularly. However, during really dry periods, you may need to get out there with the hose as often as three times per week. Remember, it’s always better to water deeply and less often instead of lightly and frequently.

Once new trees have survived their first year, they’ll likely never need to be watered more than once a week, which would only be necessary during periods of drought. You can continue to scale back even more as they get older. You won’t want to overdo it on the water because that can actually lead to too much canopy growth and a heavier reliance on supplemental water in the future.

One important thing to keep in mind with mature plants is that the root system spreads much wider than its above-ground parts, contrary to what many gardeners say about canopy size equalling root radius. You’ll want to water a large surface area all around the trunk base to ensure that the roots don’t go neglected. When watering trees, you’ll want to let the water trickle into the ground for up to half an hour, moving the hose occasionally to a different area. 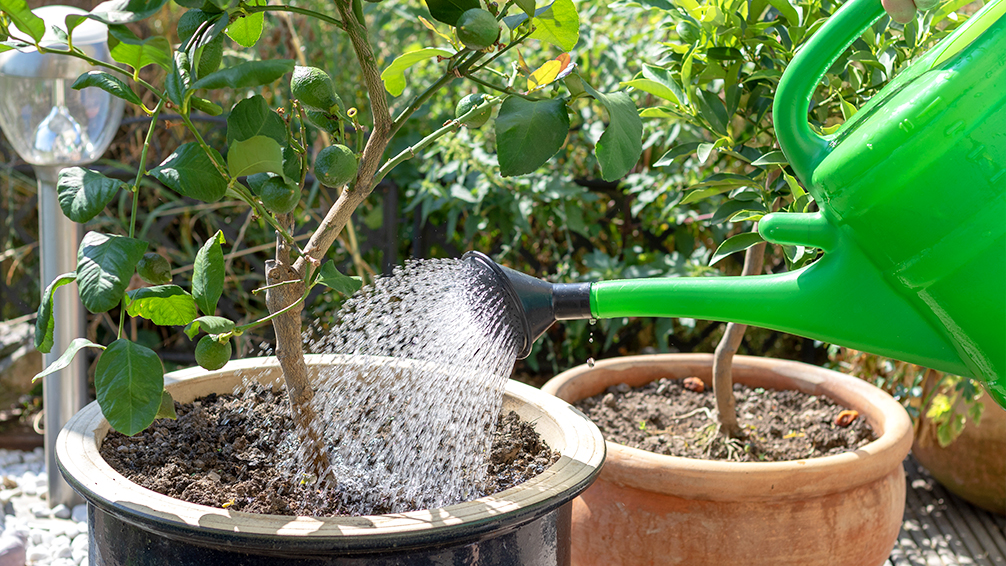 How Often Should I Water My Shrubs?

Generally, you can stick to the same schedule of once every week or two when the plant has established, going in more during dry periods and reeling it in during the rainy seasons. However, how often you water can also be a bit dependent on plant variety. If you’ve got a notoriously thirsty plant, like a hydrangea or dogwood, you might need to get in there a bit more often so that the blossoms don’t wither away.

Knowing how to water correctly is essential because it can help prevent a host of problems like pest and fungal infection. Always, always water the soil and not the plant! Point the stream at the soil, and avoid getting foliage damp as much as possible. This is especially true for when you’re dealing with thick, dense foliage. With these plants, you can end up creating a breeding ground for mildew and other nasties if you get moisture into dark areas with no air circulation. Regular pruning will also help keep things breezy through the branches so that you won’t get left with funky foliage.

If you’d like to update your landscape design with some new plants and ornamental features, we have a massive selection of colorful varieties available, as well as planting services for those of you who aren’t keen on doing it yourself. Visit Plants For All Seasons now to see what’s new! Our store is open for shopping, but we’ve also got curbside pickup and delivery options available for those of you who want to keep your shopping as quick and easy as possible.